Bafoussam, Cameroon, July 30th, 2005. I was stuck in the clouds, trapped inside an abandoned mansion. In the mansion, I was being chased by a purple humanoid monster. I assume it was hungry and was trying to eat me. Either way, I was sure I would die. I had tried all the mansion doors with no luck.

I found a room with a hot tub. I locked the door and finally took a well-earned rest. I felt safe because of the door lock but it was only a matter of time before I got rediscovered. Having taken all my clothes off, my entire body was caressed by the hot water of the hot tub. Leaving my guard down, I started trying to fall asleep when suddenly, I heard the door crash open.

The monster had found me. That damn demon was going to try and take my life when I was most vulnerable. Luckily, there was another door in the room so I could run out. The monster wasn’t fast, it moved at walking speed. I then ran out of the hot tub room.

Running naked while holding my clothes, I accidentally slipped on some taco sauce. The monster was approaching quickly but I used my position to place my clothes back on my body. I then got up and started running again. The monster then started getting further away from me as I ran. There was no way the monster could ever outrun me.

I found the kitchen. I boiled some water in hopes that I could use it as a weapon against the monster. But I suddenly heard “Nice water you got there; may I have a drink too?” out of nowhere. I looked around and saw that there was an intercom system in the corner of the room with a mouth. The sentient intercom system then started chatting with me, but I ignored it because I didn’t have the time to talk.

The monster found me once again, but this time I had a weapon. I poured boiling water over the monster’s head and slammed it across the temporal lobe with the pot. The monster fell to the ground and let out a foul roar. I had some time to waste as the monster was stunned for a good while.

Ten minutes passed by with my ears ringing from how annoying the intercom was being. I then heard “Watch out” from the intercom system. I looked around and saw a giant spider mech with a black mask sitting in the cockpit chasing me. I tried running but the mech was very agile. I was caught by the arms of the mech and walked back to the kitchen.

I stood there in agony as I feared for my life due to being right next to the monster’s unconscious body. The monster could wake up at any time and eat me. Then, the monster woke up. I was looked at with a malicious look by the monster. A nasty grin, a disgusting smile. The monster then tried biting my head off, but I luckily swung my head to the side fast enough for it to miss and instead bite the motherboard of the spider mech.

The mask got out of the spider mech and started fixing it while the monster continued to chase me across the mansion. The mansion was huge, with many different rooms for different purposes. I stumbled upon a McDonald’s play place in the mansion and started running through there.

I met Ronald McDonald at the McDonald’s play place. I didn’t have much time to talk but Ronald insisted we chat for longer. I saw the monster out the window, and I urgently begged Ronald that we needed to stop talking but he didn’t pay attention. I was then force-fed chicken nuggets by Ronald while the monster approached.

“Can't all you readers tell that our protagonist is in a sticky situation?” Said the intercom.

“Wait what?” I thought to myself. Ronald looked to the side and saw the monster. The monster then started eating Ronald McDonald. Blood squirted everywhere and the muffled screams of a clown horrified me. I then started running away again.

I was confronted by a monitor I had run into. It appeared that I was being broadcast online to the enjoyment of many people across different planets. The broadcast showed me in third person. I then noticed the monster behind me while watching the monitor. I then turned around and hook punched the monster right in the eye. The monster lay there in pain and shock.

After another hour of running away. I got tired and sat down. But this room I sat in was different than any of the others. There was a window, a way out. I jumped through the window, not considering my potential impending doom.

The monster jumped out the window too. The monster somehow knew where I was, maybe by scent. I did see bones around the mansion, so the monster wanted to eat me. I eventually landed on a sofa that firefighters brought out. The monster, however, didn’t survive the fall. The monster made a purple puddle on the ground.

“Hahaha, you idiot, get back up there.” said the fireman.

The fireman then slapped me on the back. I didn’t mind the slap because I was finally free. Then, the fireman poured some apple juice over the purple mess of a dead monster and the purple liquid bubbled up and evaporated. 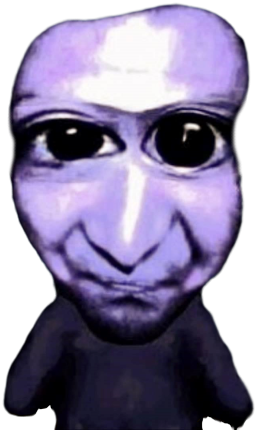