Ristar’s domain is highly unknown, as everyone has never even seen the Ristar before, nor heard from it. The only way we know about the Ristar is from ancient textbooks from millions of years ago. I doubt anyone has ever encroached upon the Ristar’s territory.

I remembered how to get to Zeus’ domain, but it was a long trip, however. I went back home to grab some snacks and a soda and left for my car. Then, I started my engine and drove down the road. It was going to be a long drive, so I made sure to bring some coffee along with my soda.

My first stop was the hilltop. The hill was blue with green grass, and there was lava inside of the hill. The hill was a very long drive upwards, and my car could fall off at any moment. So, I decided to get off-road tires for my vehicle at the auto shop.

At the auto shop, the workers were giving me dirty looks, like I had done something wrong to them before. Inside was a vast ocean. There were also people being used as crash test dummies. But, using my powers, I decided to break all of the people free and punish the auto shop workers for using such inhumane testing methods. They could have used actual dummies, not people for their crash tests. I got my new tires installed myself and I went off to go drive again.

While driving, I got hungry, so I started eating some of my food. Suddenly, my car crashed. I wasn’t paying attention to the road when I was eating. That’s why I crashed. I got out of my car and looked at the damage.

“Ouch, my vehicle is totaled.” I said to the driver I hit.

“No crap, idiot. Look at mine.” replied the driver I hit.

I quickly ran away from the scene. I didn’t want to exchange insurance information because it would leave me with expensive bills to pay. I was broke at the time. I then approached the hilltop.

The hilltop’s air was very cold at the base. I grabbed some climbing gear out of my pocket, and it magically grew to the right size. I equipped the climbing gear and started climbing up the hill.

The higher I climbed, the hotter the air got. The air was getting hotter due to the lava concentration. The amount of lava increased as I climbed up the hilltop.

I eventually got to the top of the hill. Now it was only a hang glider I needed to take to get over to the next place I needed to reach, the casino. Suddenly, I got an eerie feeling, as if I was being watched. I looked behind me and saw a giant eyeball watching over me, the moment I looked it dead in the eye, it blinked and disappeared. “How odd” I thought.

I took the hang glider and slid down over to the casino. The casino was large, with many flashy colors and neon signs. The place was packed with people as well. There was an aroma of glass cleaner and metal combined. I felt nauseous from the aroma.

I was in the casino. Many people there were eating, gambling, and talking to each other. The aroma of glass cleaner and metal started to make me increasingly sick. Then, it got to the point where I could barely walk. The smell was killing me. I blacked out.

I woke up at a hospital. I still heard the noises of the casino. I was facing severe perceptual disturbances. The only thing I could barely make out was a black star and some neon signs. I was dazed and severely confused. The hospital I was in must have been run by the casino because my room was colored oddly.

“You will die. I am here for you. I love you so much. Tasty!” I heard out from nowhere.

The voice sounded like it was coming from right in front of me. It appeared to be one of the perceptual disturbances talking to me. I tried talking back to it, but I got no response. I then blacked out again.

I woke up once again, but this time in Zeus’ domain. An ambulance drove away from my body as I lay down in pain. It must have been the ambulance that took me to Zeus’ domain. Was all of that real? Who was speaking to me and why did they love me? What did I do to ever deserve to be loved? I decided to stop asking myself questions and walked over to Zeus.

“Hey, what must I do to be promoted to godhood?” I asked Zeus.

“You must fulfill good deeds to mortals and build your own heaven. It sounds simple but it’s not.” Zeus replied.

Well, there’s my clarification on how to be promoted to godhood. Now, I just have to think about how to go about what I was asked to do. 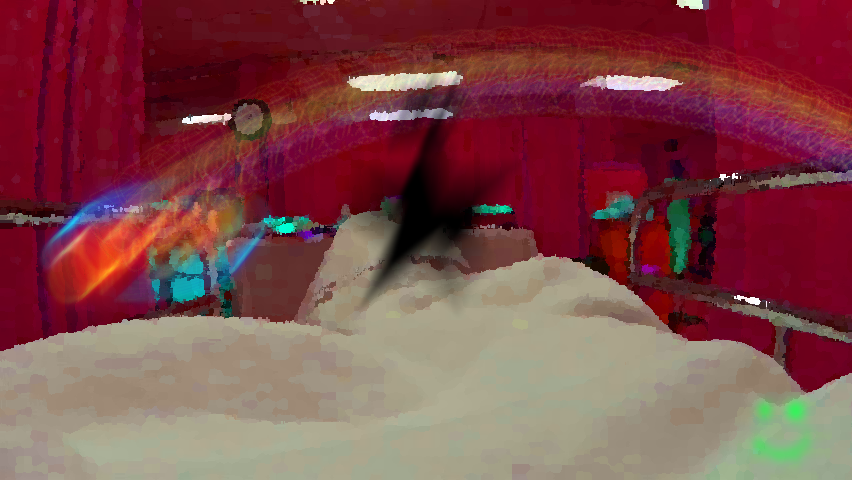