Beijing, China, August 20th, 2008. I needed to return to Zeus’ domain. I’m on the path to godhood and I’m just inches away from becoming a god. I have my own heaven, now I just need to return to Zeus and ask what kind deeds I must do to become a god.

In Zeus’ domain, the pig doctor started welling up with tears. I asked what was wrong, but he refused to answer. All I heard from him was sniffling.

The pig doctor was extremely distracted, he could barely focus on where we were going. He kept bumping into people and getting insulted. I could see the tears in his eyes grow. I tried to comfort the pig doctor, but he started becoming reclusive. Eventually, the pig doctor left my side and entered a restaurant to eat some fast food. I decided to let him go eat in peace and just leave him alone, but before he left, I gave him fifty dollars to buy food with. I know he wasn’t feeling good.

I left the area to go to Zeus’ temple. Zeus’ temple wasn’t that far away so it was an easy trip. Around Zeus’ temple was a mango tree patch. I decided to take some mangoes and put them in my backpack to save them for the pig doctor later. I know he loves mangoes.

The inner area around Zeus’ temple was full of wires and tesla coils. I tried my hardest not to get shocked but I did anyways. There were little burn marks on my skin from where I was electrocuted. Luckily, the electricity was not powerful enough to kill me. I shouldn’t be worried about dying because of my god-like powers.

At Zeus’ temple, I had to climb the holy stairs. There were hundreds of stairs I had to climb, each with a bible verse on them. Every stair was two feet tall, which made it a difficult climb. But eventually, I finished climbing up Zeus’ temple.

“Hey Zeus, I got my heaven built!” I shouted.

“Good boy.” Zeus replied as I watched him leave his chair to come talk to me.

“Oh man, was the journey long. I had to collect four world rings just to have my heaven built. I met a pig wearing doctor clothing along the way, in which he’s my friend now. It was a fun journey.” I told Zeus.

“Ahh, that must have been fun.” replied Zeus.

“So, what kind deeds must I perform to finally become a god?” I asked Zeus.

“Go find your pig doctor friend now, he’s in a cabin out in the forest.” replied Zeus.

“Just do it now, you don’t have much time left.” replied Zeus.

I left Zeus’ temple promptly. The forest was on the side of the city. I asked Zeus if I could have an Ophanim to ride over to the forest and he agreed. The Ophanim was small, probably because Zeus didn’t want to waste resources on me. Afterall, I was close to godhood, and I could get the resources myself soon.

I then entered the forest after the Ophanim dropped me off. I tried looking for the cabin, but I couldn’t find it easily. I climbed one of the trees and looked around. It was snowing so the trees were slippery, and the roof of the cabin would blend in with the rest of the snow. I looked up at the sun and then realized that the sunlight would beam off the cabin’s roof. I then found the cabin after scanning the environment a little more closely.

I ran over to the cabin and realized the door was locked. Using my god-like strength, I kicked down the door, only to find the pig doctor ready to kick the chair with a noose around his neck.

“What did I just walk into!” I yelled.

“Just don’t worry about me. I deserve to be in a heaven.” the pig doctor replied.

“Can’t you wait until you grow old?” I asked the pig doctor.

“I can’t handle being alive anymore. I’ve been depressed most of my life. That’s why I’m deciding to go.” replied the pig doctor.

“Please don’t go, I taught you pyrokinesis, we had so much fun together. It’d be a shame to see your life leave your body.” I told the pig doctor.

The pig doctor, with the noose around his head, decided to take his neck out of the loop. I guided the pig doctor down from the chair as he was staring blankly at the wall.

“Now let’s get you to the hospital. I hope you know I don’t blame you.” I told the pig doctor.

The pig doctor slightly shook his head yes. We then rode the Ophanim to the hospital where I let the pig doctor check himself in.

“I just wanted to thank you for everything.” the pig doctor told me.

I walked out of the hospital and rode the Ophanim over to Zeus’ temple.

“Zeus, I just saved the pig doctor’s life!” I yelled.

“I knew you would. I was his only other friend. I have been watching over your road to godhood. I have never seen the pig doctor so happy in his life, you really made an impression on him.” Zeus replied.

“So I was the one who brought light to his darkness?” I asked.

“Yes, you were. Now somebody needs a promotion. And that somebody is you.” Zeus replied.

I immediately witnessed a glowing light around my body. My body then flew up into the air and a large boom sound echoed throughout the temple. I suddenly felt my power increase again.

“Yes, you are. You’re able to fly now, just not for very long. Your godhood is very youthful.” Zeus replied.

I was able to fly around for five minutes before I got tired.

“Thank you, Zeus. I couldn’t be any happier.” I told Zeus.

“I knew you would make it. Thank you for all the fun.” the pig doctor replied. 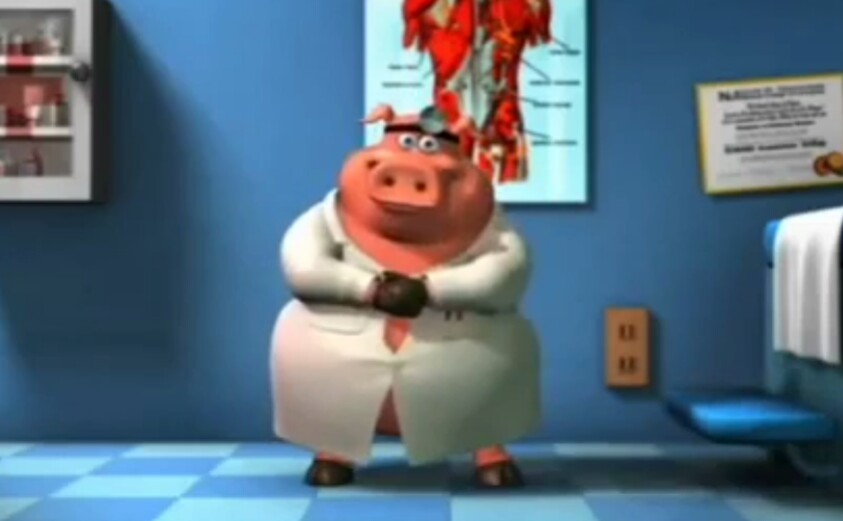