"Our longest story yet!"

Saitama, Japan, September 4th, 2002. I was at Ikea looking for new restroom design ideas. It had been a long time since I've changed the design of my restroom so that's my reasoning as to the search. I went to the candy section to grab some candy because it was free. I scooped some and placed the candy in my hands. The moment I blinked, the candies turned to medications. Maybe that's why everyone was coming to Ikea.

At the restroom section, I couldn't find any restroom designs I wanted. I was disappointed considering that's a trip wasted. I decided to cut my losses and explore the store some more. I was walking around for a while, drooling at the mouth over all of the furniture. I thought maybe I could have some furniture for free, I just had to ask one of the employees. After asking one of the employees, I got this response:

"I will be your nightmare today, join the Meta!"

I was confused at this response. What even is the Meta? I then saw a badge with a blue warped infinity logo on the employee's chest and the eyes filled with a blank white fluid with the blue infinity logo. This must be the Meta I thought. I told the employee that I was feeling uncomfortable. I skirted away hastily. I pondered the oddity of the situation for a while.

After ten minutes of sitting, I got up and walked around Ikea some more. I found these odd pillows. They were red and yellow. The red pillow's name was "Famnig Hjarta" and the yellow pillow's name was "Famnig Sol". The Famnig Hjarta was in the shape of a heart with arms and the Famnig Sol was in the shape of a sun with arms. The Famnig Pillows then started speaking to me. I was surprised, I've never had pillows speak to me before.

"The Meta is an evil logo taking over the world. This place became the mainland of the Meta. If the meta gets destroyed here, it gets destroyed everywhere else." The Famnig Hjarta said.

I took this information to heart, no pun intended. Anyways, I began to start searching the store. I looked up and there were direction signs with a picture of the Famnig Hjarta on it. I blinked and it became the Famnig Stjarna. "So that must be the Famnig Stjarna," I thought. We walked through Ikea some more, looking for the Famnig Stjarna. Eventually, we stumbled across a machine called the "Meta Media". I started using the device. It had games, a messaging feature, social media posts, et cetera. I used it for a good hour. The machine-made odd sounds when I used it and the graphical user interface was white with blue buttons and whatnot. I felt even more enticed to keep using the machine. It was amazing. The Famnig pillows were starting to nag me to get off the machine but I didn't want to.

"One more hour", I said. I just wanted to keep using the machine, there was no way those dumb pillows were going to tear me off. I looked at my reflection on the glass and realized my eyes were being filled with the same white liquid I saw in the employee's eyes earlier. I ran away from the machine. The Famnig pillows were telling me to get off the machine for that very reason. I felt ashamed.

The Restroom debacle was over, but now I must address the elephant in the room. The Meta and the Famnig Stjarna. The Famnig Hjarta, Famnig Sol, and I kept walking around the stoor looking for the Famnig Stjarna. It felt like we were in an infinite looping maze. Only until we found an employee access-only room. The door was locked, we couldn't get into the room. I must find an employee to sneak behind so I can access the room. I decided to go look for the first employee I met. Should be easy to find, her hair was in a ponytail.

As I sat near the employee, hours passed. I was wondering why nothing was happening.

"Maybe it's not break time yet." Said Famnig Hjarta.

"Yeah, I agree with you." Said Famnig Sol.

We were now in the break room. There was a water station full of pills. "Maybe the workers are forced to take those," I thought. We explored further through the employee lounge. We found a whole bunch of documents. The documents pertained to each worker's soul, interests, lifestyle, family. The documents priced the soul of each worker and attached a photo of the employee.

We were in the warehouse section of Ikea now. We found countless people slaving on the same Meta machine I found earlier. They must be trapped on that evil device I thought. They all appeared to be zombified with meta logos in their eyes. I remembered that the same fate almost happened to me. In the warehouse, there was a giant door in the back of the space.

"That must be the Famnig Stjarna's room." Said Famnig Sol. We then walked over to the door, it was vast. I couldn't even reach the handle. Luckily the Famnig pillows could float. They lifted me up to the door and I opened it.

We saw the Famnig Stjarna. It had a Meta logo crown and a sash with Meta logos on it.

"We knew it!" Said the Famnig Hjarta.

"Yes, it was me. Now, what do you want?" Said Famnig Stjarna.

"We want you to stop all of this nonsense!" Said Famnig Hjarta.

"There's only one way we can beat him..." Said the Famnig Hjarta.

"I blood sacrifice myself to Famnig Sol." I didn't agree with Famnig Hjarta's decision. It was committing suicide for a chance at beating Famnig Stjarna. I was fine living in the Meta if that meant Famnig Hjarta's continued life.

After a minute, Famnig Sol suddenly grew in size. At least a tenfold the size.

Famnig Stjarna tried catching a quick breather, and that's when I decided to make my move. I jumped onto Famnig Stjarna and started stabbing with the trident while Famnig Sol did the punches. Eventually, Famnig Stjarna gave up and shrank in size.

"We won, but at the cost of our friend Famnig Hjarta." Said Famnig Sol. We both wept together. It was sad that Famnig Hjarta died, sacrificed its life for the greater good. I saw movement in the corner of my eye and it was the Famnig Stjarna trying to crawl away. I kicked the dumb pillow over to the wall and reprimanded it for its actions.

"I didn't wanna have to do this. But it's necessary for the freedom of this world." Said Famnig Sol. Now that Famnig Stjarna was imprisoned, we had no worries about the future of the world. The Meta was gone, people were restored to normal. Life was back to the way it was before the Meta. Famnig Sol thanked me for the help. We also wept over Famnig Hjarta some more.

I got to keep Famnig Hjarta's body. I stored the body in an ice chest I had just purchased from Ikea. I went to go ask the employee I met earlier about installing the red restroom Famnig Hjarta found for me. She agreed to help me get it situated.

Back at home, the new restroom was installed; I enjoyed using it. I had the idea of burying Famnig Hjarta underneath my restroom. I started crying over Famnig Hjarta's death, but it was necessary. I eventually got over the death and continued on with life. 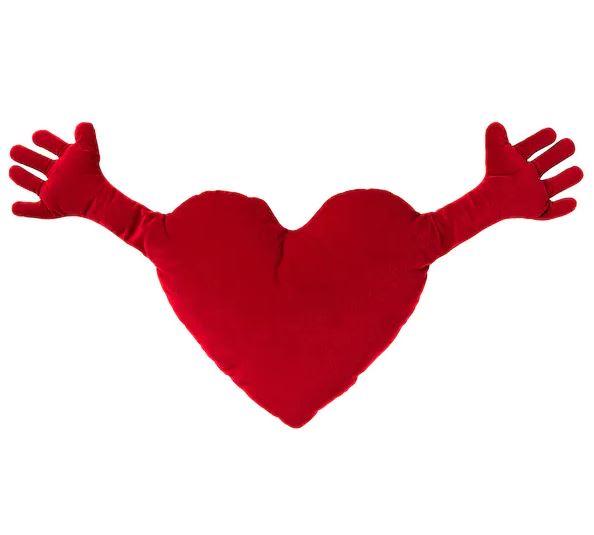